Halloween is nigh and the shadows, bats, and pumpkins with eyes and mouths will take over the world. Halloween is a festival of pagan origin that is celebrated on the night of October 31, the eve of All Saints’ Day (its Christian version), and that has its roots in the ancient Celtic festival known as Samhain, which means “end of summer” and was celebrated at the end of the harvest season in Ireland to start the “Celtic New Year”, coinciding with the autumn solstice.

During that night it was believed that the spirits of the deceased walked among the living, and festivals and sacred rites were held that included communication with the dead. In addition, it was customary to place a lighted candle in the windows so that the dead “found their way.”

Aside from myth and tradition, the celebration in western countries takes place where people wear costumes, wander around and keep partying, wearing costumes of the most popular Gothic characters to have existed in stories and folk tales. And we have some brilliant, Gothic as well as spooky costume ideas you can go wear this Halloween.

We have met a lot of mummies through movies, and if you ever visited Egypt, of course through pyramids. Anyhow, The Mummy, a 1999 film gave a great pass to the monster to the popular culture and it has become an immortal character that we all love (and are scared of). Each Halloween you see a lot of people dressing up as The Mummy. And despite the fact that The Mummy costume is not a proper dress, or an outfit but just a bunch of bandages, everyone is going to love it.

We have to thank the great novelist, Mary Shelley and her friends that sat in one place to write horror stories and our pioneer of horror fiction came up with Frankenstein that changed the world of horror stories. Later depicted in a bunch of movies, the character with a lot of stitches all over his body made us stick to the screen. A Frankenstein costume is a great idea to rock this Halloween.

Wicked Witch Of The East

We remember the green hag appeared in a number of movies and series that portray the land of whimsical Emerald City. A recent depiction of the character that also went by the name of Zelena from one of the most popular and unique series Once Upon A Time. The new costume from the series is really bewitching and you can go to any big online store to place your order.

Nuestra Señora de la Santa Muerte, often shortened to Santa Muerte recognized by Mexican Catholicism and sometimes even portrayed as the Goddess of Death, or simply death is one of the most popular characters from the American folk tales. Many people can be seen donning the Santa Muerte costume on the Saint’s day on every November 1st which is right next to Halloween. So you can celebrate two days with a single costume.

Wolfman is a werewolf character that we see almost in every third supernatural series or film and we can’t get enough. The character was also popularized by the classic Universal Studios film The Wolf Man (1941), composed by Lon Chaney Jr. as the werewolf Larry Talbot. A wolfman can be your ultimate Halloween attire to howl your song.

Are you scared of clowns? If not, there is a good chance to spend your night for a trick or treat donning as IT. (Just please do not eat the kids, that’s horrible.). IT is a clown from a super-hit film of the same name as a character that is pretty scary. But, scary and spooky is kind of the spirit of Halloween.

The ScareCrow was originally a statue made of a couple of sticks, some hay with a pumpkin head to scare away the crows from the cornfields as it was their favorite lunch. However, some narrations say that the scarecrows from the field have turned into bloodthirsty monsters. True or not, the Scarecrow as a monster became pretty popular and still is. The version of ScareCrow costume that you can get most easily is The Cillian Murphy’s ScareCrow from The Batman Trilogy.

The Dragon Mistress of Evil is an absolute badass, that we also know by the name of Maleficent, usually portrayed as a villain to Princess Aroura, also known as The Sleeping Beauty. However, the 2014 film of the same name is the character portrayed by Angelina Jolie Maleficent as more of an ambivalent person that hates humans and also have motherly love for the princess. So if you’re a fan of either Angelina Jolie or The Sleeping Beauty, the Maleficent attire is your companion for this Halloween.

Yes, we understand that Captain Jack Sparrow is not a horror character (Although he came across walking skulls, the scary Davy Jones) but, the Captain has its own magic and is loved and adored all across the world. Even if it is not so spooky, you can still steal the show as Cap’n Sparrow, aye, aye!

The dark prince of Wallachia, possibly the most famous Gothic character of all that has been celebrated in many folk tales and stories. Romanian vampire and aristocrat, Dracula is a fictional character who is the protagonist of the book titled with his name and written by Bram Stoker. There is a popular opinion that this character is actually based on Vlad Tepes. If you want a costume that is both classy, elegant and spine-chilling, we cannot think of any better than Dracula. 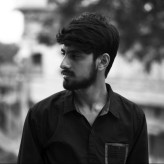 Ways To Wear Jersey For Men Regarding Neck Styles

Brands To Choose From, That Make Wristwatches For Men